Greedy Bankers - an indie puzzle game in development for PC, iPad and iPhone

I received an email about an in-development indie puzzle game today, most of which I've reproduced below:
Greedy Bankers is a fast-paced mouse-driven puzzle game where the player must rearrange gems into squares and turn them into cash. It’s simple to pick up, but complexity comes in when the rubble starts falling, greedy robbers drop in, and the targets go up! The game was originally developed for the Experimental Gameplay Project’s Casual Addiction theme.

The current version of the game was developed in XNA, and I have just begun work on a port for iPhone and iPad, which I expect to release in Q1 next year. I’ve also given it a spooky Halloween theme for October, just to spice things up a bit!

The Windows prototype is free to play, and I’m looking for as much feedback as I can get. Any feedback will help me develop the iPhone/iPad versions, and a richer and more expansive PC version. 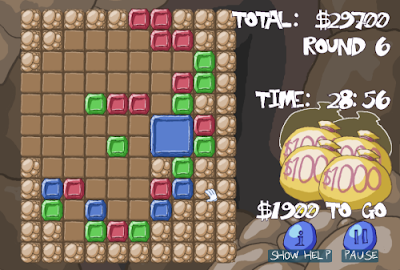 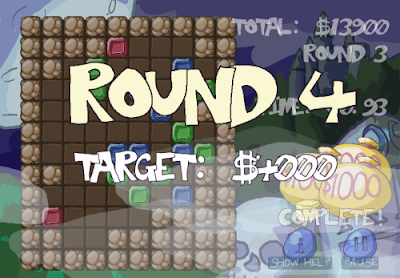 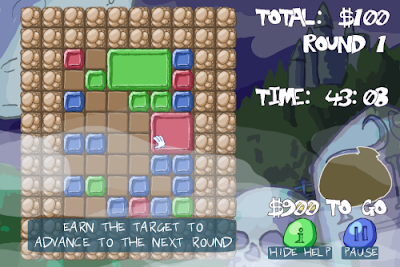