Didgery is a casual single player card/puzzler game set in an epic fantasy atmosphere. The Earth has been doomed by an unforgiving curse, and you have been summoned by the ancients to maintain Earth’s harmony by skillfully manipulating the Forgotten Cards. Only these cards have the power to restore the mysterious energy that drives the Four Sacred Elements (Heart, Spade, Diamond, and Club) and bring Earth back into a balanced state. Allowing the Earth’s harmony to fully deplete will send the Earth plummeting into Hell. The full game mechanics can be read here. 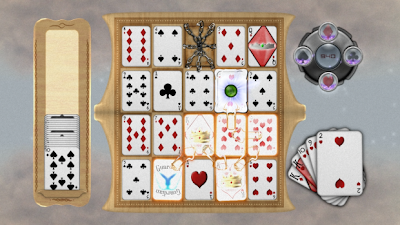 Didgery has a depth to it that not many casual puzzlers can lay claim to, yet it is still simple enough to be learned by the average player. Unlockable items such as Special Cards and Forbidden Parchments add an extra dimension to Didgery and keep it interesting and fun for hours to come.

You can find more information on Didgery over at www.didgerycardgame.com 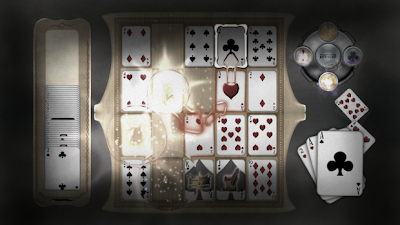