One of the biggest complaints about our first game, AI War, was how onerous the install process could be for players who didn't already have the .NET 3.5 Framework installed (a fair number of people on Windows XP). Another common complaint was that Mac users wanted to be able to play the game, but could not except through VMWare and other similar solutions thanks to our reliance on DirectX and .NET, both of which are Windows-only.

Tidalis Is Coming To Unity 3D (And Also The Mac)
Therefore, starting with our upcoming puzzle game Tidalis (detailed preview info now available at that link), Arcen Games is moving to a prerequisite-less cross-platform engine, Unity 3D. Unity currently has support for both PCs and Macs (though I'm not certain about Linux compatibility), as well as the iPhone and Wii -- with XBox 360 and PS3 support coming this summer. Right now Tidalis is heading to the Mac and PC for sure, and other platforms are under consideration for further down the road with this or other games. 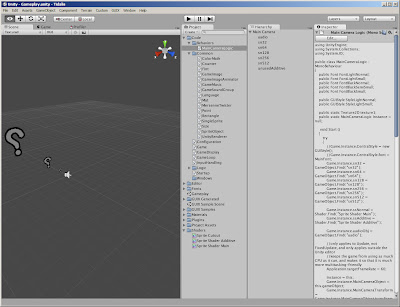 
But the switch to Unity 3D is going to enable us to do more than just make installation easier and add support for new platforms: with Unity's methods for streaming data, advanced shaders that automatically disable themselves on older hardware, and impressive array of built-in GUI windowing controls, Arcen will be able to add increasingly impressive visual effects for the latest hardware without sacrificing that all-important backwards compatibility with older or onboard graphics cards and older CPUs. 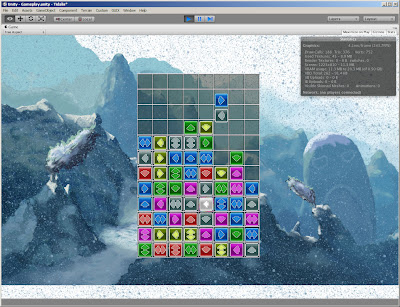 
Is AI War Coming To Unity?
One big question that I'm sure a lot of folks will have is whether or not AI War will become a Unity 3D title (after all, a lot of people are still hoping for that title on the Mac). That's still something that we're not sure about, to be honest, as AI War can be an incredibly intensive game at the higher unit counts / map sizes, and it's also something that requires a rock-solid deterministic simulation. Based on our early work with Unity 3D and Tidalis, our plan is for all of Arcen's future titles to become Unity titles, and we view an AI War port to Unity as potentially feasible, though not a certainty.

Most likely if we do port AI War to Unity, that would happen around the time of the second expansion, currently expected to hit in early 2011. Right now AI War is still receiving plenty of support in the form of monthly free DLC on our existing platform for it, and at worst we'll simply stick with our current platform for that game for the rest of its life (another 3-4 years at least).

Other Big Changes
Arcen Games has been a bit quiet publicly of late, but that's because we've been so incredibly busy behind the scenes. We've been upgrading our capabilities all over the place, in fact, along with a lot of our internal tools and workflows. Look for big changes to our sound capabilities in the coming months, including a completely remastered AI War soundtrack that will blow you away with its increased fidelity and realism. More news on that further down the road.

Adjusted Arcen Schedule
- Tidalis is currently expected to release digitally in early June, and if it comes to retail that would likely be in the fall. Thanks to the Unity porting, we're a bit behind on the public beta, so that is still a few weeks out.

- Alden Ridge is currently expected to release digitally very late this year, after a complete overhaul/upgrade of its music, sounds, and graphics, and a port to Unity, along with the last 30% or so of the game content being implemented.

- The second expansion for AI War is now expected to release sometime in the first quarter of next year.